Behind every headline about child sexual abuse is a young person who needs help—that’s the message behind Little Warriors’ latest annual giving campaign, unveiled yesterday.

The 2019 campaign, titled “Help Me Too”, was launched at an event that also marked the national charitable organization’s 10-year anniversary and the progress it has made in the awareness, prevention and treatment of child sexual abuse.

More than 150 donors, friends and media partners gathered at the Little Warriors Be Brave Ranch—a long-term facility for the treatment of children who have experienced sexual abuse—to get a sneak peek at the new campaign and hear updates on the latest treatment and prevention programs being offered at the facility, including a new program for 13 to 16-year-old girls who have been sexually abused.

Glori Meldrum, Little Warriors’ founder and Board chair, explained the concept behind the campaign.

Child sexual abuse is a crime where the victim is usually rendered invisible,” she said. “Of course, children aren’t named in news stories to protect their privacy, but as a result, the general public only hears about the perpetrator. The public doesn’t hear about the children behind the headlines or what will be done to help them overcome the devastating effects of the abuse.

The Little Warriors Be Brave Ranch offers a year-long, trauma-informed treatment program for children who have been sexually abused, as well as their families. The program, run by clinical professionals, is for girls and boys between the ages of 8 and 12 and girls from 13 to 16 years old.

The Be Brave Ranch provides a safe environment for children to heal and meet peers who have experienced similar traumas, so they recognize that they are not alone. With the right support, children can and do heal from trauma such as child sexual abuse.
Dr. Wanda Polzin, Clinical Director, Little Warriors Be Brave Ranch

Money raised from the campaign will ensure that even more children and families from across Canada have access to the Be Brave Ranch. 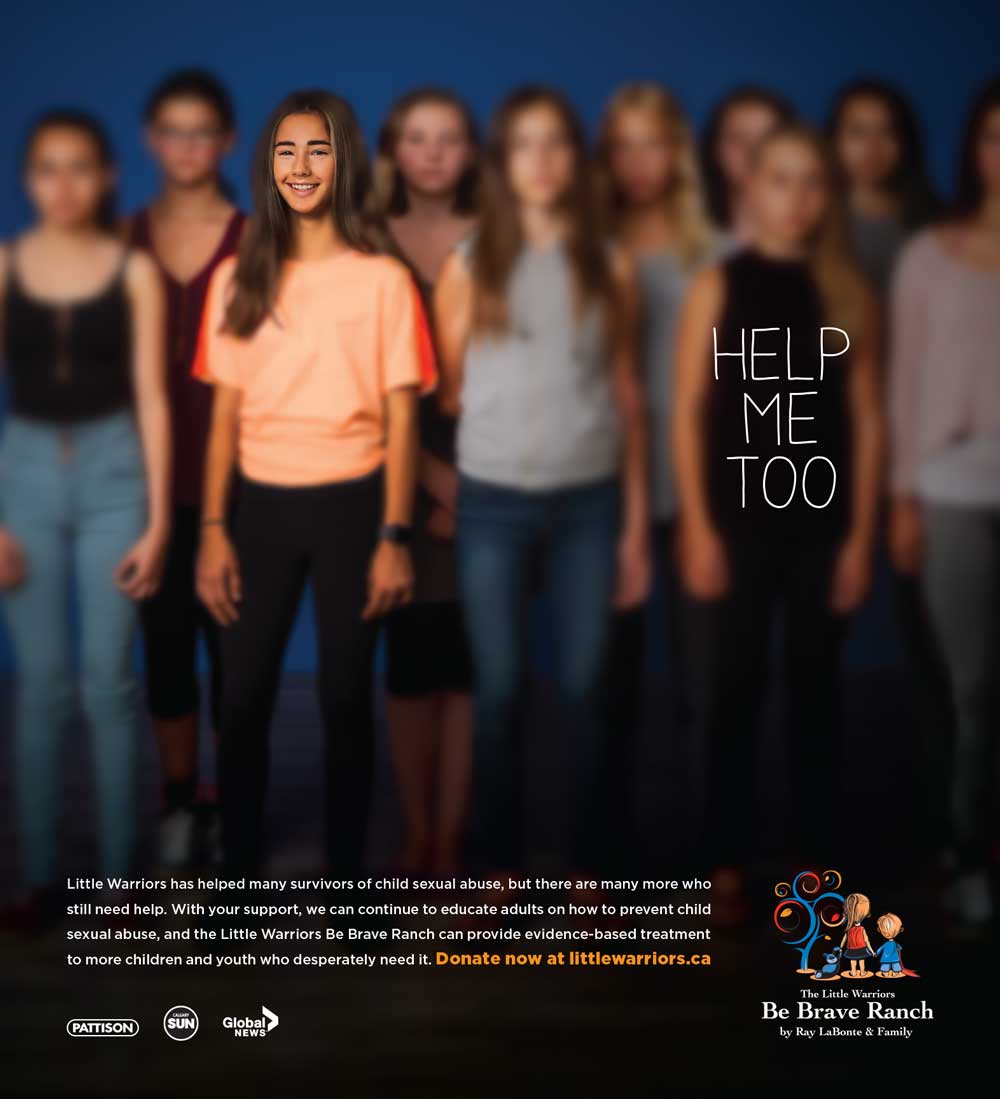